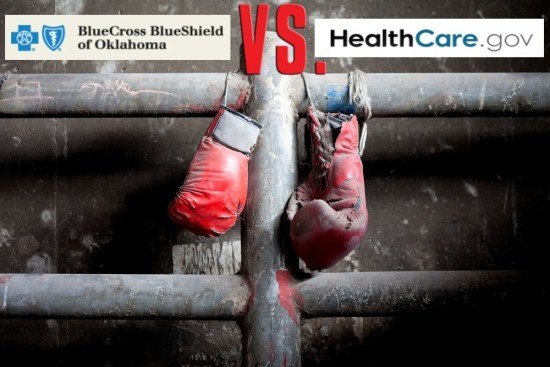 May 18th, 2015 I stepped into the ring without signing up for the bout. 29 days later – a new meter, numerous panicked phone calls to my endocrinologist & pharmacy, an assload of money paid out of pocket, tears shed, curse words spoken – the battle is over. As the tears, sweat and blood are wiped up from the boxing ring, I wish I could write about a victorious moment that wrapped up this ridiculous situation, but that is NOT the case. My diligence and Capricorn spirit forced me to continue swinging when I was SO close to being down for the count.

I would put money on the fact that every T1D has been threw the ringer when it comes to the insurance runaround, so I felt my recent battle was one worth documenting. DING, DING, DING!

Round 1: I contact BCBS moments after my insurance was denied while purchasing test strips.

Round 2: BCBS claims the Marketplace (healthcare.gov) was at fault and advised me to contact them.
Round 3: Unique conversation with both parties. Won’t bore you with the details, but apparently Brittani with a I, not with an Y; Oscar, Heather, Tyra, Mario, Jonathan, Christine and Tamika had different versions as to who was at fault.
Round 4: I merge a call with both parties. They actually yelled at each other until I reminded them my life, medications and upcoming minor surgery were on the line and begged them to work together.
Round 5: I overnight a second set of documents verifying my citizenship requested by Marketplace and Teresa promises me the fight is over.
Round 6: Another merged conversation and both parties agree the problem has been resolved. They went so far as to confirm on a recorded conversation the problem was not only resolved, but they had contacted the highest person within both organizations to ensure my “life threatening” situation was over.
Round 7: Same story – another day.
Round 8 – 12: Phone calls to both parties every – single – day!!!!!!!!!
Round 13: Day 24 and Brittany W. assures me she will contact me within 48 hours.

As I walk away from the longest battle thus far in my quest for medical insurance, I’m happy to report the Unanimous Decision (according to both parties) – I have coverage, but no one is to blame. I call total bullshit. The system is broken and if I hadn’t stalked, documented, cried and had enough cash in savings – my diabetes would have been affected. I’m angry and will make it my life mission to share stories like this in hopes BCBS and the Marketplace will recognize that people’s lives are at risk when they fail.

Even though I don’t believe in misery loves company, I know you have a similar story and it might be comforting to hear how you came out swinging and won the battle. Feel free to drop a story in the comment box below or on the DDG Facebook page.

Want to be a DDG Guest Blogger – This would be great material so hit us up at [email protected] if you want to join the movement in providing Real Support For the Diabetes Life.

3 thoughts on “Battle To The Death – My Death That Is…”