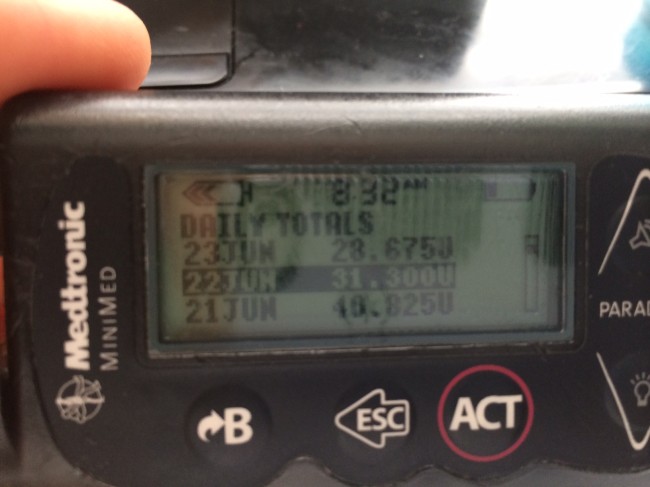 I love me some US Men’s National Team Soccer. My membership application to the American Outlaws has been submitted.

When the US played Portugal last weekend, I made the most of the experience. Skinny Slim’s, an OKC outdoor pub, hosted a watch party with beer trucks supplying the lubrication for the crowd. While I wasn’t getting drowned in the beer throwing after each goal, I two craft beers over the three hours we were there. Combine that with the couple of beers consumed the previous evening at a buddy’s wedding, and the layman could predict a lower than average blood sugar. END_OF_DOCUMENT_TOKEN_TO_BE_REPLACED 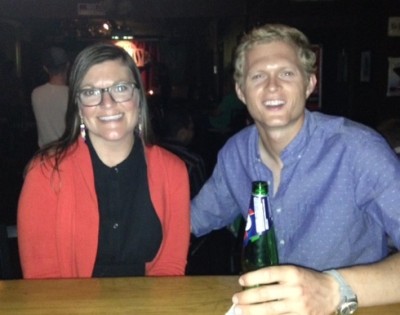 What do you drink at happy hour?

AC – I prefer a vodka with soda, single, tall with a splash of bloody mary mix.  Lime as a garnish.  I seem to consume them quickly so the extra soda water helps me from becoming intoxicated too quickly.  I LOVE a good bloody mary, but don’t want the sodium so a splash adds flavor.  At home or with my friends I am definitely a red wine person.

RF – I’m going beer. I lean hard toward the IPAs. Here in OKC I like to go with the Titan or Caldera. Or I like to find a cool looking/sounding beer on tap and order that. Red wine has its own time and place too.

If you know you’re staying out past midnight, what are you packing with you?

AC – I am rarely out past 10pm, but I always have a fruit strip or organic gummies.  I know that both items will raise my blood sugar enough w/o spiking it.  Worse case scenario I would ask the bartender for a shot glass of cranberry juice.

RF – Rarely will you find me without a Clif Bar in my back pocket. I’ve found that if you end up going low at the bar, that usually means you’ve had more than a few. If you’ve had more than a few, asking for cup of soda incognito usually doesn’t keep it up for very long. The combo of carbs, fat, and protein works for me. Plus they hit the spot when everyone else is chowing pizza. I usually break down my tester and distribute the parts into 3 separate pockets.
END_OF_DOCUMENT_TOKEN_TO_BE_REPLACED 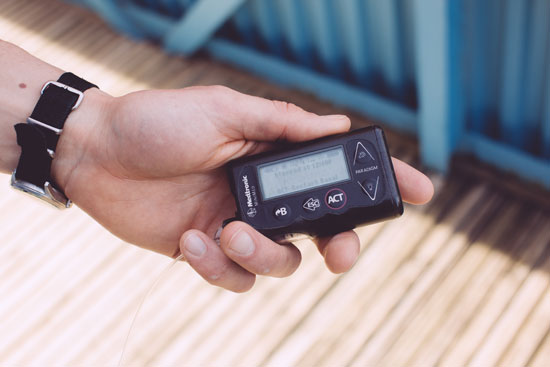 Rarely in my life have I opted to go back to shots. It’s usually a last resort. My membership card for Team Pump has never been in question. I love the on-the-fly corrections I can make based on symptom awareness. Nevertheless, my employer switched up insurance companies last month and due to a few logistical issues I was thwarted back into the land of Lantus for two weeks. It wasn’t all bad. Check out the top 5 pump-free powers I rediscovered:

My favorite pump site location is on the upper, outside butt region (almost above the hips). Occasionally, these sites can get pretty sore, even after one day. Because I pay for my sites, I like to get my money’s worth and keep them in for at least 3 days. At night, sometimes I avoid sleeping on a certain side if things turn tender. END_OF_DOCUMENT_TOKEN_TO_BE_REPLACED 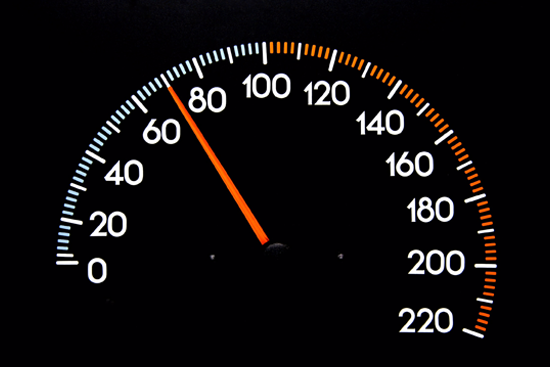 We know the signs of being high – foggy eyes, agitation, thirst, etc. We know the signs of being low – nonsensical hunger, dizziness, fatigue, etc. In the twilight zone, it’s really hard to recognize any signs. It isn’t a physical sensation except for perhaps a faster heart rate. Particularly, it’s purely mental, the inability to control your thoughts. Allow a monk on a mountainside in Tibet thirty minutes in the middle zone and he’ll never be the same. END_OF_DOCUMENT_TOKEN_TO_BE_REPLACED 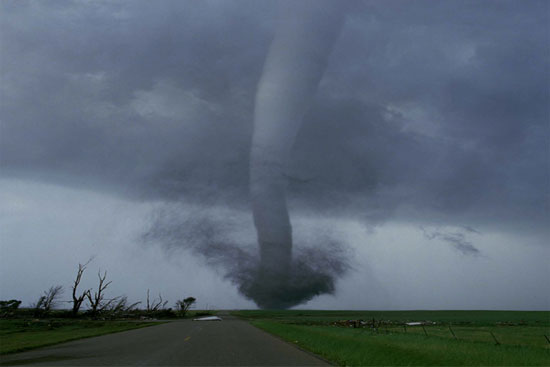 For the love of God, the Oklahoma weather keeps me on my toes.  Over the past couple of months, we have been terrorized by the local media that we will not be able to leave the house – stock up.  Grocery store(s) seriously looked like a war zone and one of them was actually out of chicken breasts. ???

I have created a check list of the “must have” items for a number of Oklahoma weather scares for a diabetic. 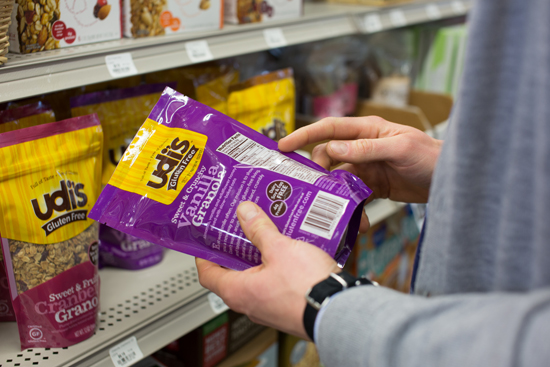 Count your carbs – take your insulin. This is the mirage we chase tirelessly every day.

Here’s how the situation usually places out. Tuesday I wake up and my blood sugar is say 80. Not where I like to wake up but not a low blood sugar that slows down my mind all morning. I make a blueberry banana smoothie with a scoop of protein powder. Looking at bolusing for about 45-50 carbs by my count. I send 3 units in through the pump. Feel great all morning. Blood sugar looks good at lunch. I OWN THIS DISEASE!

Flash forward to Wednesday. I wake up. Make the exact same smoothie. Blood sugar is at 123 this time. Given the higher blood sugar, I take 3.5 units of insulin. By 9AM, in mid-lesson, I feel that wave of anxiety and insecurity move through me. Words and coherent thought escape me. You guys know how that sweat feels. Here we go – blood sugar is at 70. What just happened? END_OF_DOCUMENT_TOKEN_TO_BE_REPLACED 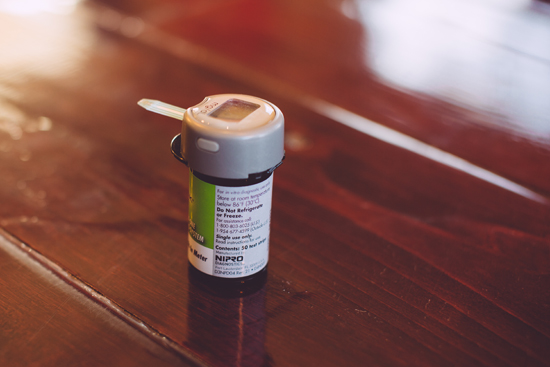 Before high school football games, my blood sugar was manic – 110 during warm-ups and then 315 by gametime (I used to pee at least 10 times in the two hours before a game. Great for in-game hydration). Intuitively, I knew stress/adrenaline/anxiety/excitement was responsible, but honestly I just read the number and reacted as best I could. Physicians would always mention adrenaline as the culprit. Was I ever given resources to reign in my excitement? Not exactly. 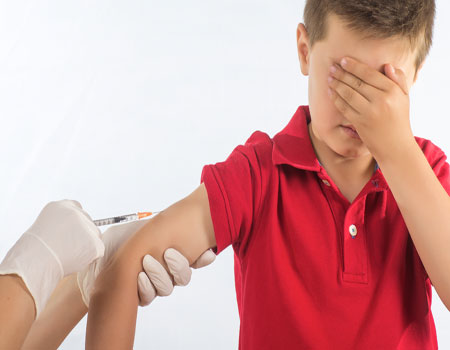 It was my first day home and my mom looks wicked stressed. It was time to take my first shot and I recall her shaking while drawing out the insulin. I sat on the steps in our dining room and she came in for the kill. I don’t remember freaking out because I knew what was going down, we had done this in the hospital a few times.

She began to sweat and I thought she might pass out. She splashed water on her face and came back. I took the needle from her and gave my first shot in my thigh. She was relieved and I am free, free from having to rely on anyone else. END_OF_DOCUMENT_TOKEN_TO_BE_REPLACED 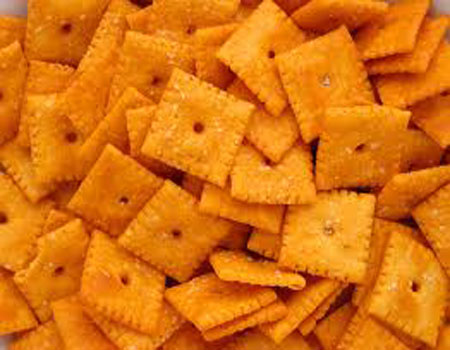 I believe I was in the 4th grade and had a pretty good handle on what was expected in this new life with diabetes.  I kept Cheez-It’s in my desk and a secret stash of graham crackers in the office.  Cheez-It’s were for my afternoon snack and the grahams were to be eaten before PE or in an emergency.  I tried to keep these things on the “down-low” because I didn’t want to draw attention to myself.

Well – word got out that I had snacks in my desk.  The class bully/jackass, Blaine, made it a point to bring this to everyone’s attention. I was humiliated. The teacher figured out what was going on and quickly shut down the hurtful comments. Later that day or maybe later that week, I chose to no longer be embarrassed about my snacks. END_OF_DOCUMENT_TOKEN_TO_BE_REPLACED