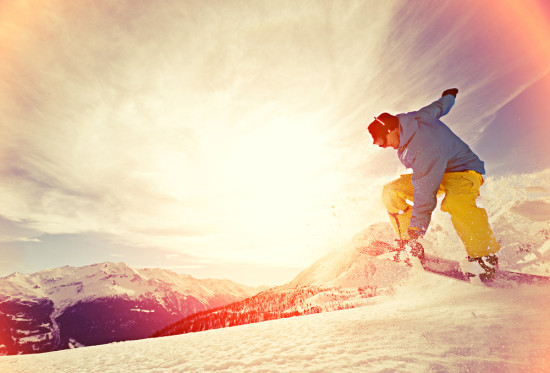 Always pack more than you need.

Pack even more than the previously mentioned tip.

Okay, so something happened on the trip. Background, I went to Estes Park, CO, within driving distance of the slopes, for a week. I packed up a bottle of insulin. Just one. One that I thought would be enough to cover the trip. I should have looked closer. After exhausting the initial pump reservoir of insulin 3 days into the trip, I refilled with what was left in the vial: 120 units. With four days left, I had to average 30 units a day to make it home. I usually take 35-40. Carb rationing was in play. I nearly did it. So close. I reached the dreaded double bars that Medtronic pump users are familiar with, indicating that I was now using the hidden 15 units of insulin left in the reservoir, right as we started the 10 hour drive back. This was my strategy: only eat carbs when low, eat fat and protein, run around the gas station 5 times each time we stoppe, and pray that I didn’t see the “NO DELIVERY” warning until OKC.

It almost worked. Then the white-out blizzard overwhelmed us right outside of Hays, KS. We couldn’t drive any further and had to book a room at the swarmed Holiday Inn Express. Now the clock read 5:45PM and the only Walgreen in town closed at 6:00PM. I called them up. They were incredible. These Walgreen folks are saints!. They sent my prescription and insurance info over to the town’s Walmart. I walk up to the desk and am greeted by a pharmacist. He drops the bad news right off the bat with, “Dude, you know that you don’t have a refill for another two weeks right?” I look at him as only we know how, with complete desperation, and he motions me over to his computer. There we tried every coupon on the internet for Novolog. Finally one worked! It dropped the price from $235 per vial to… wait for it… $213. He apologized. I said thanks for doing everything he could. I bit the bullet and bought the vial, hoping to get reimbursed by BCBS sometime in the future.

Relief was felt. Then my stomach flipped. “Do I even have a reservoir setup to draw the insulin out of my pump?” Back in the car, I ripped open the suitcase searching for the needed pieces. No dice. Now I’m thinking this is really bad. I’m going to be without insulin until I make it home. Then, a magical thought appears in my head, “I bet I can jimmy-rig a syringe into my reservoir and somehow transfer insulin over.” Great idea except for my lack of syringes packed on the trip. Back to the Walmart pharmacy I hike, in a blizzard, at 10 degrees. The pharmacist gives a wincing smile as I approach. I explain the situation. Without a word said, the pharmacist goes to the back aisle, grabs a bag of syringes, and hands them to me. I feel like crying. I apologize and say thank you. He responds with, “No biggie. You guys go through enough.” Minus a few air bubbles, I filled up the reservoir back in the room.

Pack up diabetes supplies 24 hours prior to departure.

My mind does strange things. If I pack right before I leave, I’ll entirely forget something like test strips. Giving the buffer allows for all of the supplies to slowly come to me. Some of you may be thinking, “Why hasn’t he made a list or something?” Great idea. Just thought of that myself. First item on the list reads, “Pack two vials of insulin no matter what.” Second item reads, “Pack syringes even though you’re sure you won’t need them.”

Be mindful while testing your sugar on the lift.

After witnessing my Dad drop a cell phone into a drift–it was not located–I was still tempted to test while up in the air. Given the variety of reasons causing a chair-lift to stop, someone sleeping or a kid dangling by his parents grip while hanging 20 feet above the ground, all it takes is one lurch from the lift and off goes your meter, strips, or pricker. Not an ideal place to retrieve things. Be careful up there.

3 thoughts on “Lessons Learned From The Slopes”