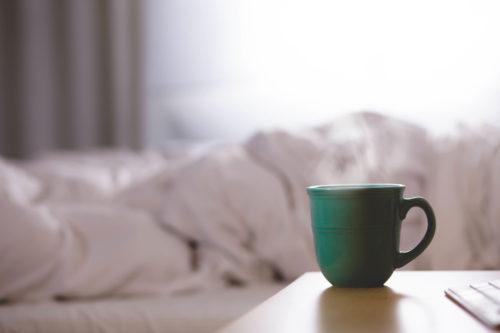 Universal truths are hard to come by with this disease, but here’s my attempt at diabetes dharma:

Before the last few months, I had some variability in morning blood sugars, but rarely high. Why? As with most of diabetes management, if it ain’t broke don’t go analyzing things. But, within the previous month, a startling trend developed–after my head hit the pillow, blood sugars steadily climbed to 270 and plateaued through dawn. Here’s a snapshot from the Dexcom Clarity software displaying one of those nights (a night where I woke to pee at 2am, probably due to high blood sugar and took a correction).

Looking specifically into the trend, there’s a low right at dinner-time around 7PM. Bedtime was at 10PM. At 9PM I saw the numbers ticking up, hit a small correction (where the small dip occurs until 10PM), and then the march into the heavens begins with vigor. You can imagine one’s surprise, night after night, when you go to bed around 115 and wake up at 270 just a few hours later.

It was puzzling. Again, this was a new experience but became a common experience.

The troubleshoot was on, starting with the first question we all ask: what changed? My diet remained virtually the same. I’d been eating a form of the same dinner for about a year: a grain (quinoa or brown rice), with veggies (spinach, kale, cabbage, peppers, etc.), and a form of protein (beans, tempeh, or tofu). Lately though, in an effort to beef up a bit, I’d added a little more fat into things in the form of avocados or extra olive oil. In fat, perhaps this was partly accounting for the delayed effect of the high blood sugar due to slowed release of the carbs consumed in the meal.

So, I tried eliminating fat from the meals, focusing more on carbs and protein. The trend continued, just slightly diminished with blood sugars now plateauing in the 220s to 240s. So, what else had changed?

Then it hit: I hadn’t been exercising in the evenings. While healing up a pulled hip, I’d switched to more anaerobic forms of exercise earlier in the day and away from the longer cardio workouts (like mountain biking and running) at night. We know that movement completely alters the laws of insulin. Without that long cardio workout at 5PM, I was losing the long lasting, dramatic ceiling on blood sugar elevations that can last for at least 6 hours.

Unable to resume the long-form cardio, I cut the carbs (and fat) almost zero at night. Just veggies and a form of low-carb protein. And… boom. Steady sugars, even low sugars. Who would have thought? Cutting carbs and more consistent blood sugars? Maybe someone’s thought of this before. Here’s a look at the nightly trend after the first night of a carb-free dinner:

Spending a week back on the Pediatric Endocrinology Clinic helped surface this enlightenment. As mentioned in the intro, things do change. Our life impacts everything. Too many times, I tend to cling to what’s worked in the past instead of seeking acceptance of the circumstances of now. The lesson was learned. Perhaps, as can happen, diabetes will spring the same perspective into other parts of our lives. It has that power.