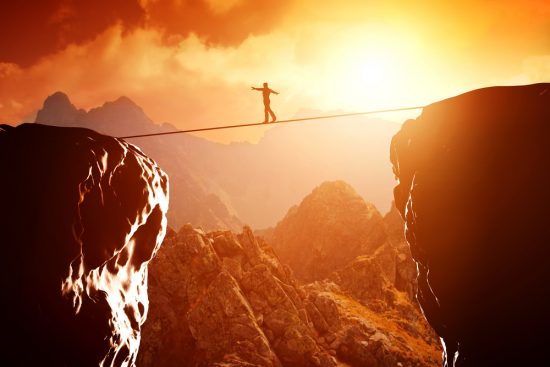 I believe I’ve made it quite clear that I’m creature of habit, especially when it comes to my diabetes regimen. If I had to be brutally honest, I can’t fathom changing things because my numbers are good. At the same time, I look at my T1D peers and feel as if I’ve been left behind. What’s holding me back? This thought process led me to a recent decision to shake things up.

I know what you’re thinking, did she finally try Omnipod? I’m not there yet, but I did change my basal insulin. I’ve been on Lantus for about 13 years and my numbers have been great, but after a bit of research and talking briefly with my new endocrinologist, I took home my first Tresiba pen.

The day had finally arrived – I used the very last drop of my Lantus and was ready for my new life with Tresiba. As my 5:41am alarm sounded, I cracked open the box, dialed it up (a few units lower than Lantus) and shot up. A few immediate thoughts came to mind.

My first Tresiba shot was in the books and as I began my new diabetes journey, I felt as if I had tiptoed onto a tightrope. The first day or two were pretty smooth sailing. My numbers looked great and I wasn’t having to give as much Novolog for meals. It wasn’t until about day four that shit seriously hit the fan. I would randomly start sweating. Not like a normal low BG, but like a weird heatwave came over me. I can’t point the finger at Tresiba, but I had never felt this sensation before and it wasn’t pleasant.

Rolling into my second week, I scaled back my dosage of Tresiba and Novolog another few units. My carb counting equation wasn’t working. I shared my problems with Ryan and he gave a bit of feedback and some other geeky medical jargon about the difference in the insulins. I had exhausted every variable to get things in balance with no avail.

I was finally desperate enough to reach out to a friend whose kiddos have T1D, inquiring if I could have one of their Dexcom sensors to keep a closer eye on things until I got my BGs under control. Unfortunately, she didn’t have the supplies I needed so I bit the bullet and called my CDE. I left a desperate message and scheduled an appointment. When she returned my call, I explained the situation and she asked questions, gave a suggestion or two and finally said something along the lines of, “why don’t you just switch back to Lantus if Tresiba isn’t working for you?”

Her comment was the “slap in the face” I needed to snap out of it. What was I trying to prove? I was miserable. I had gained about 6 lbs., was bottoming out – and I mean really bottoming out, and was often scared to leave the house in fear that shit would hit the low BG fan in public. The very next day I switched back to my trusty Lantus. I don’t believe either insulin is perfect and no one is to blame. I shouldn’t have switched without knowing all the of facts about how different Tresiba is compared to Lantus.

As I settled back into the Lantus groove, I took time to reflect on this journey and have no regrets. In fact, I give myself a pat on the back for trying something new. This three week period in my life is a reminder that it doesn’t matter what everyone else is doing. The only thing that matters is what works for me.